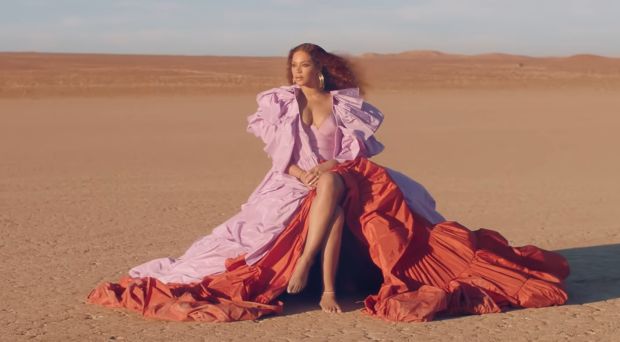 Beyoncé Spirit. Just few days after the release of the audio to her new album, The Lion King: The Gift, Beyoncé Giselle Knowles-Carter is back with the official visuals for the song “Spirit” from the album. The song’s music video was filmed at Havasu Falls, a waterfall in Havasu Creek, located in the Grand Canyon, Arizona, United States. The music video premiered during Can You Feel the Love Tonight, an hour-long special hosted by Robin Roberts that aired on ABC Network. The Lion King: The Gift will arrive this Friday, July 19th (the same day the new film hits theaters) with contributions from Pharrell, SAINt JHN, Wizkid, Burna Boy, Tierra Whack, 070 Shake, Yemi Alade, Tekno Miles, Mr. Eazi, Tiwa Savage and Shatta Wale.

The music video takes things to another level. It opens up with two men singing in Swahili (a nod to The Lion King’s African roots) and features the 37 years old against the picturesque background of the Havasu Falls in the Havasupai Reservation. Blue, 7, also makes even more special appearances by her mom’s side in the extended version.